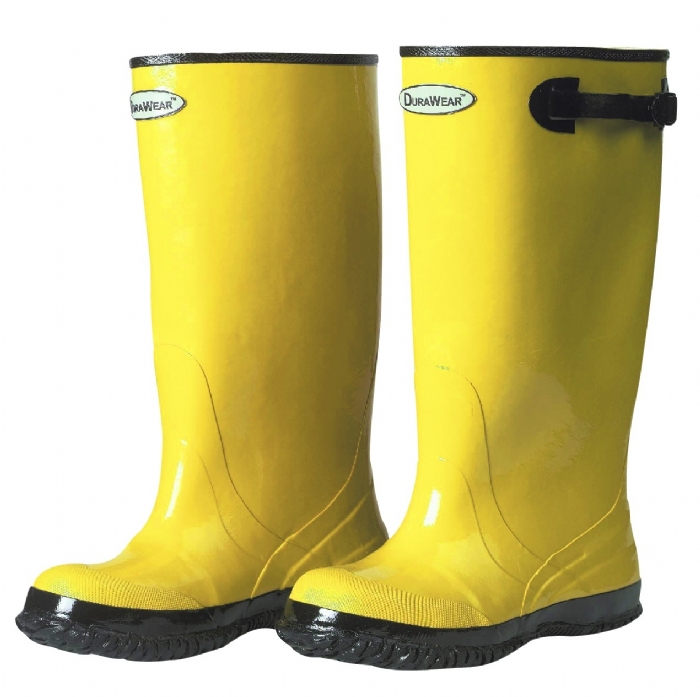 Do you have to wear protective footwear at work?

Many jobs these days require protective footwear to be worn as part of the uniform.

More or less every job which involves manual handling of any kind will need protective footwear, to minimise the chances of the employee being injured by dropping an item on their feet or stubbing a toe on something unforgiving.

A broken toe can be a miserable thing to live with, and if it’s caused by something that happened at work, then the company could find themselves with an expensive compensation claim. Far better to provide good wholesale protective footwear from the outset.

These days, protective footwear doesn’t appear outwardly to be any different from normal soft toe footwear. The best selling and highest rating brands pride themselves on providing fully featured protective footwear that looks just like regular hiking boots, lace up shoes or trainers.

Some manufacturers make both, such as Dr Martens, Timberland and Caterpillar. Even Dunlop safety wellingtons are indistinguishable from regular wellingtons as worn in muddy festival fields or for gardening.

The economy end of the market stocked by Aston Pharma includes a range of Tuf safety wellingtons, shoes and boots available from £13 for wellingtons, £18 for safety boots and £25 for safety shoes.

They are indistinguishable from anything you would buy on the High Street and will probably last just as long, as well as giving a lot more protection to the wearer both at work and outside it.

The best protective footwear is expressly designed to mitigate the risks associated with particular occupations.

Not all protective footwear is created equal, so if you are looking for a specific feature, such as waterproofing, you may have to pay a little more to get the type of footwear you need. Wearing the wrong type of footwear keeps podiatrists in business, as it leads to hammer toes, bunions, corns and calluses, not to mention blisters and sore feet.

Soles can be non-slip, anti-spark, puncture resistant or heat retarding. Leather uppers help with wicking – that magic property prized by runners where moisture is removed from the skin, leaving wearers feeling cooler for longer.

As with all specialist equipment, it pays to research protective footwear before buying. That way everyone can find something to fit their needs.

Staff can find a wholesale protective footwear brand appropriate to their job, while employers can be happy that their money is being spent wisely on suitable gear for their staff.