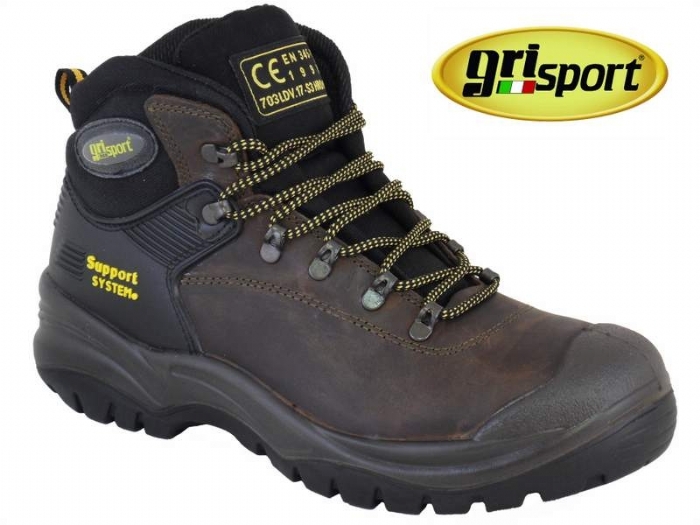 What is the Difference between Men’s and Women’s Safety Footwear?

Safety footwear is widely worn in all areas of life these days.

It’s not just seen in the traditional places any more – construction sites and warehouses. It’s also worn by delivery drivers, hospital staff and even volunteers if they’re moving items around a museum, say, or setting up a stand at an event.

Many foot injuries are caused by badly fitting footwear, whilst plenty more are brought about by the stresses of standing or walking for long stretches. The vast majority of foot injuries, however, are caused by wearing inadequate footwear for the job.

Feet have very complex bone structure, and it’s easy to break toes doing the simplest of things. Safety footwear is designed to prevent as many foot injuries as possible.

But all safety footwear is not created equal. Not only do different designs have different uses, they are made in different shapes too, depending on which bit of the foot needs the most protection.

Aston Pharma has a wide selection of safety footwear of all types, designed mainly for men but also with many designs suitable for, or specifically targeted at, women.

There is much more to safety footwear than rigger boots, with many ranges these days being very similar in style to regular ‘fashion’ boots, and indeed often made by the same brands. Aston Pharma’s stock ranges from well known designer names such as Dr Martens, CAT and Timberland to U-Power, Rock Fall and Dunlop, perhaps better known for their work boots.

Rock Fall in particular have a very good name for women’s safety footwear, including ESD trainers for those working in electronics.

The main points of difference are that women’s safety footwear:

Boots made especially for women are often made on a special last so will be narrower. They are often also lighter than the male equivalent. Women with wider feet may be better off wearing men’s boots, although they are likely to find fewer colours to choose from.

A woman wearing men’s safety boots will probably also have to wear at least a size smaller than she would in a ladies’ cut and sacrifice some comfort as well. This is the reason that some manufacturers recommend that women stick to ladies’ ranges of safety boots for a better fit even though this may be the more expensive option.

As an employer, perhaps the best idea is to offer your female employees the choice. Just as some will choose to wear skirts while others will stick to trousers, some women will prefer to wear men’s safety boots while some wouldn’t be seen dead in them.

Fortunately Aston Pharma also stock a range of women’s safety shoes which look like loafers and slip ons as well as safety trainers designed for women. Whatever their taste in shoes, your employees are likely to find something that they are happy wearing that also meets the requirements of their job.